Welcome to the strange,
dark and mysterious. 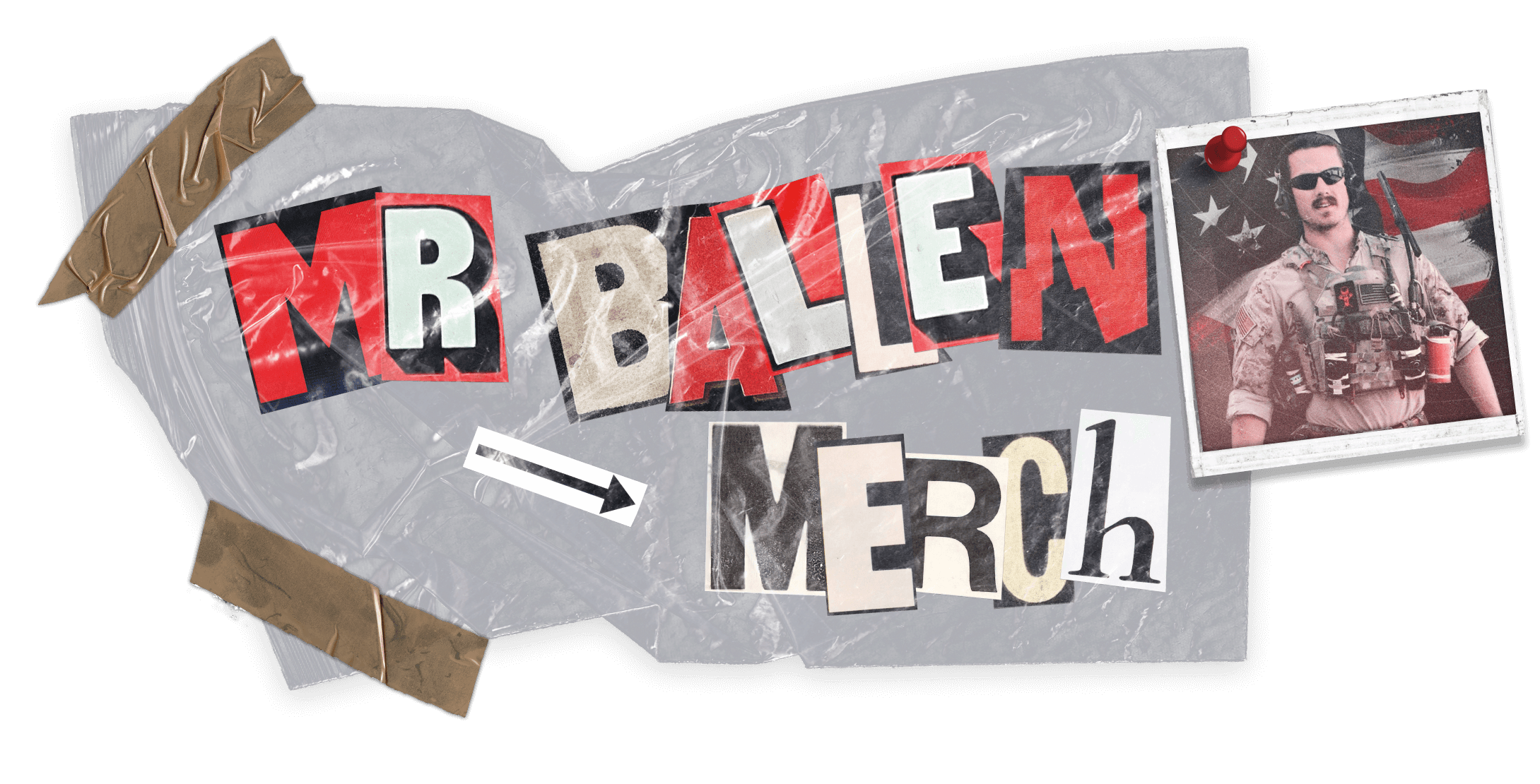 Not everything is as it seems.
Take a closer look.

If you are a fan of the strange, dark and mysterious, John Allen AKA MrBallen might just be for you. Growing up in Quincy, Massachusetts, John Allen struggled to find his calling in life but was determined to make something of himself. At the age of 22, Allen enrolled at the University of Massachusetts, graduated with a degree in English and Philosophy and started his training to become a Navy SEAL after being inspired by family and friends that had joined the military.

Whilst on deployment in Afghanistan, Allen’s fireteam scouted out and engaged with enemy combatants, in the midst of the gunfight he was struck and injured by a grenade. He ultimately survived and was awarded a Purple Heart for his service before retiring in 2017 and returning to civilian life. Allen started to produce story-telling content on TikTok and eventually went viral after sharing a mysterious story about missing Russian Hikers. This content continued to thrive and lead to the creation of his 6 million subscriber YouTube community.

The first few to unlock all the cyphers win a personal shoutout
from MrBallen and other prizes!

As a former SEAL who was medically retired in 2017 after being injured in Afghanistan, John’s first hand experience with loss and trauma has sharpened his focus on the real life consequences of violence.

“So I try to tell all these stories from the victim’s perspective, knowing that their families or friends might be listening or watching. And I know that for them–these stories are not entertainment. They are personal tragedies.” Ironically, taking to the Internet to tell stories about the Strange Dark and Mysterious turned out to be part of John’s own recovery. And in June of 2022, John–who earned the nickname Shakespeare back in SEAL training–launched a non profit that raises money for victims of crime and for their families. Now–at the request of his fans–and his two sisters–John is offering a line of Strange Dark and Mysterious merchandise, most of which features John’s widely recognized logo of a bandaged YouTube “Like” button.